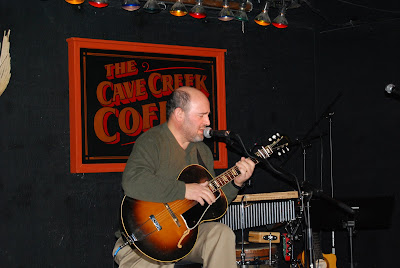 Ken Harris was particularly introspective last night at our open mic. We were joking about him doing “You are my Sunshine” in a minor key (DARK). At the end of the night he mentioned that his schedule was going to be filled with some personal events both family and religious. (I won’t go into details, as I’m sure they are private). Suffice it to say he and his family will have some of life’s more challenging issues to deal with in the near future.

I’m not a man that wears his religious beliefs on his sleeve. I believe these issues both personal and private, and don’t want to change anyone else’s beliefs. Having said that, I would ask those of you who commune, in any way, with what has been called “GOD”, to do so for our friend Ken Harris and his family.

Ken we are all with you; keep up your writing and we’ll see you when the time is right. In the mean time we’ll save a place on the list for you.

The Ballad of Mad Coyote Joe by The Wick

Mentors Friends and Places that Matter